Imran Soomro is serving as the CIO of JS Bank for the 5 last years.  His 8 year old association with JS Group and 17 years experience in the field of IT makes him a veteran. Soomro graduated with a bachelors and master’s degree in Computer Engineering from US.

Here’s the CIO sharing JS Bank’s smart idea to tap into the smartphone application business with regards to the role of a CIO in profitability and decision making.

Q. Can you please tell us a bit about your responsibilities at JS Bank?

Typically the responsibility of the CIO is to make sure that we plan for the future and incorporate the business plan, the IT investments and the IT budget according to the three to five year plan given by the business or the operations. Then we bring in the systems and implement them and ensure that we maintain the service levels and the business objectives.

Q. What’s your strategy for scalability and automation and how are you approaching these two areas?

Soomro: At JS Bank, our strategy to meet scalability is to invest into systems that are highly scalable. Currently we are moving into virtualization, we have invested into the virtualization platform where we will be taking all of our data besides core banking. This step is the building block for our private cloud. We can offer services such as software as a service, the infrastructure as a service and the hardware as a service model, that’s what we are adopting here. So, if there is any requirement from any part of the operations it should be available to them, pretty much in a very short period of time.

Soomro: The role of the CIO is not a typical IT man anymore. I think that there is a lot more responsibility on the CIO to become a part of the overall objective of the bank, which is to bring profit. So this is not only IT being looked at as the cost centre anymore but as a centre to look forward to the profitability. We are investing into the right technology and the right systems which could enable the business to offer the services. CIOs are getting involved in decision making at commercial or at the retail level on how to make the business more profitable by building up services such as ADC services, which brings in a lot of NFI income to the bank.

Q. How do you describe the IT culture of your organization?

Soomro: I would describe the culture at the JS Bank as very open; it is a culture where everyone is allowed to work within their space and controls. There are checks in place and what ever we do is within the interest of the bank according to the goals and objectives we have. However, the culture that we have built is that it encourages people to innovate and think differently than what we are doing typically for any business and operation. So we are also innovating at the same time and this is actually helping to bring more value to IT and development of any business or services which are being rolled out.

Q. Which hardware and software implementations have taken place at JS Bank?

Soomro: In the last two years, there have been many projects involving the implementation of new systems, software and application platforms. Some of the things we worked on recently are the up gradation of our core banking hardware and we are currently changing the database of our core banking system from J-base to Oracle Exadata. This is the first migration in Pakistan. Hardware appliance supporting high speed database, processing, the storage and the database servers are a part of a highly scalable platform.  It can support millions of transactions in a month.

Other than that, we are also in the process of implementing the transverse banking system. We have implemented a lease management system in the bank, initiated some credit card projects by launching the first credit card on the bank excerpt and then converting them to EMV which basically is the chip card.

We have launched three versions of mobile banking app like Blackberry, WAP, which is HTML based and android. iOS is under development and should be coming out very shortly. In addition to that, we have also invested in the virtualization to build up an infrastructure platform for the bank where we would be able to offer service on demand.

Q. Which technology vendors have you been working with?

Soomro: Locally we work with Jaffer brothers and Shahnawaz Systems for infrastructure and hardware deals. We’re also working with Innovative for the implementation of our branchless banking systems and M3Tech, which has been a partner in the development of our mobile banking applications and platform. Another very important vendor for us is Avanta Solutions, JS Bank uses their middleware and ATM controllers. So they have been a very important part of JS Bank’s history.

Soomro: The mobile app which JS Bank has recently introduced has been built on the android platform. We started out with the platform app which we launched last year and then we followed up with the well accessed portal and the XHTML based application, launched towards the end of the year 2013. After that we launched the android app which is in the market right now.

Factually this is the first mobile based banking application in Pakistan. Although other banks had introduced mobile based application in Pakistan but it was used for another vertical business operation. JS Bank’s application is pretty easy to use. Open an account with the bank, download the app in your phone and it offers a lot of services which you can do in real time, there is an area for real time services with which you can request solving a cheque or series of cheques and marking your cards.

We offer services other than regular balance statement inquiry, it allows you to pay bills, do your mobile top ups, as well as some offline services. When you are offering your services on mobile platform you have to be very careful, this application is not only useful for a customer but also very secure and the technology that we use in our mobile based application actually has the ability of great encryption.

Q. When do you look forward to launch the services for branchless banking and you think that industry paradigm has shifted, and you know how open you will be to the concept of branchless banking, in our country

Soomro: We are currently in the launching phase of our branchless banking project with which we look forward to lead the market with phase 1 in September or October of this year. It is followed by phase 2 and phase 3 which has its own program, setup and services. We are actually going to enable branchless banking or the virtual account holder to actually use their phones or to use the smart cards to transfer money, as well as make payments and merge the outlets. So this is something that I believe none of the other players in the branchless banking market has done as yet. We will be the first player and the first mover with this technology to come into the bank and the market.

Will Technology Save The Day for Pakistan? 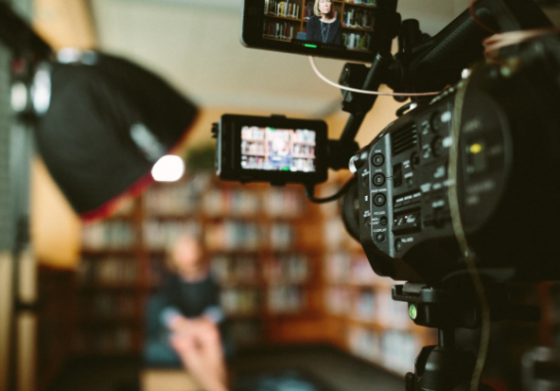