Facebook’s latest moves take yet another page from Snapchat, and the company may need to figure out how to become innovative again. Playing catch-up with competitors is a good thing but it doesn’t replace Facebook building new features that users can’t get anywhere else.
“Facebook needs to understand what their second act is going to be,” said Zeus Kerravala, an analyst with ZK Research, who added that copying Snapchat shows Facebook’s own lack of innovation. Otherwise, he said, “they’ll eventually start losing users — and their whole value is tied up in the size of the community.”

A few eyebrows were raised when Facebook announced yesterday it was adding a few new features to its apps. Some of those features – including masks and disappearing messages — will look very familiar to Snapchat users.

This week Facebook users began to see a new in-app camera, on both iOS and Android, being rolled out. To find it, users can tap on the camera icon on the top left corner of the Facebook app or swipe right from News Feed.

“packed with dozens of effects like masks, frames and interactive filters that you can apply to your photos and videos.” “Reactive effects let you interact with dynamic objects — like falling snow — and style effects apply an artistic filter to your video in real time, letting you turn your everyday selfie into a Picasso-style work of art.”

And for users who want to have some silly fun with their images, Facebook is now teaming up with brands to create masks for upcoming movies like, Alien: Covenant , Despicable Me 3, Guardians of the Galaxy Vol. 2, Power Rangers, Smurfs: The Lost Village andWonder Woman.

Facebook also is using effects from artists including Douglas Coupland and Hattie Stewart. But that’s not all Facebook is introducing this week.

The company also is introducing Facebook Stories, which allows users to share multiple photos and videos on top of News Feed. Think of it as a visual collection.

These collections are available only for 24 hours and then won’t show up in the user’s Timeline or Newsfeed, unless they are specifically posted there as well. Poof, they disappear.

That means users’ friends can see them, but they won’t go down in the user’s official Facebook history.

This all sounds an awful lot like Snapchat, a messaging app that made its name with younger users by letting them send images with funny masks and artwork, as well as images and videos that will self-destruct after a short amount of time.

By copying a page from Snapchat, which is hot among teens and twenty-somethings, Facebook hopes those masks and disappearing messages will act like teenage catnip.

Why travel across town when you can get what you need at the corner store?

“Facebook is in a segment that needs continuous innovation and reinvention,” said Jeff Kagan, an independent industry analyst. “Without that, Facebook has no growth. Period… Some of these Snapchat features may help them stay hot for a while but they need to continue to feed the fire.”

Analysts are wondering whether Facebook, at the ripe old age of 13, is hitting a mid-life crisis. And, relatedly, whether co-founder and CEO Mark Zuckerberg, at 32, is not fueling the innovation fire at Facebook these days. The next features that Facebook introduces will offer some of the answers.

This article was originally written by Sharon Gaudin for Computer World. 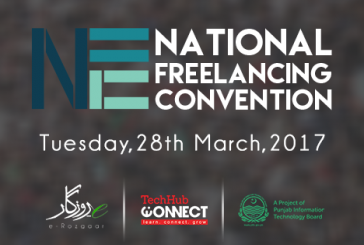 Punjab IT Board Convenes Pakistan’s Largest Gathering of Freelancers: NFC 2017