We ask top CIOs and chief data officers why the new data leadership role has become a business imperative.

Evidence for the rise of the role of chief data officer within business is inconsistent. According to the State of Analytics and Decision Sciences report for 2016 by research group Mu Sigma, chief data officer are in overall charge of data and related analytics technologies at only 9% of US organizations, while at 13% these are under the control of a chief analytics officer. In contrast, asurvey of CXOs in the UK by MHR Analytics found that as many as 48% currently work alongside an executive with one of those titles. Perhaps more convincingly, though, LinkedIn shows 1,555 individuals now with the job chief data officer on their profile, up from just few hundred at the beginning of the decade, while the website’s Chief Data Officer networking group now boasts an impressive 5,700 members.

No matter the measure, one thing is clear: in an era of big data, commonplace privacy breaches and tightening data regulation, chief data officers — at one time the preserve of governance-obsessed financial services companies — are now appearing as critical members of the executive team across sectors as diverse as consumer goods, telecoms and transportation. And for good reason, according to IT leaders such as Phil Jordan, global CIO at Spanish mobile comms giant Telefónica.

That sense that data needs to be nurtured and harvested is naturally echoed by CDOs such as Gillian Tomlinson at UK-based company RSA Insurance Group. The CDO role is to support the business by building the data capabilities needed to respond to the organization’s need for high-quality, actionable insight, says Tomlinson, who describes her job as encompassing data governance, compliance, management, architecture and business intelligence/analytics.

Given that business-wide nature of data, it does not always fall to the CIO to bring a CDO into the management team. Indeed, at RSA, Tomlinson was hired by the company’s COO, while at consumer finance hub MoneySuperMarket.com and private car company Addison Lee the CDOs were hired by the CEO.

If anything, that reflects a growing anxiety among senior management about data governance and security. As Karl Hoods, CIO of UK charity Save the Children acknowledges: “The CDO doesn’t necessarily have to sit in the technology function — after all it’s not IT’s data. We provide the processes and systems to access, control and manage it, but there really needs to be someone who understands the whole data picture and where it’s going, what the organization wants to achieve with it and what outcomes it expects,” he says. While appreciating that, his organization doesn’t employ anyone in that specific role at this point.
Perspectives on dataGovernance may historically be the bedrock of the role, but Economist Group global CDO Stéphane Père points out that as his organization’s attitudes to data have matured the responsibility for data governance activities has been delegated, which means he can now focus on how data can be used to create business value.

Part of that is to seek out and embrace data from beyond the organization’s own four walls. “Some companies and their CIOs think they have all of the data they need in-house but they only have a fraction of what they could have,” says Addison Lee CDO Graeme McDermott. It’s the CDO’s job to know what data exists in other sources and organizations that can be combined with your own company’s data, he adds.

For MoneySuperMarket.com CDO Piers Stobbs, the role has to mean having end-to-end control over the processes of data capture, storage and management, as well as enabling its utilization. He believes the CDO bridges the gap between the digital technology capabilities brought to the table by the CIO and the customer-focused strategies put together by the business.
Insight and activation

That also points to the different career trajectories of IT and data chiefs. The most common background for CDOs is, unsurprisingly, a combination of data analytics, business intelligence and, more recently, data science. However, the Economist Group’s Père comes from an advertising and sales background, evidence of the importance of both commercial and technical expertise as companies become more data-driven.

The key, according to James Rhodes, CDO at investment research and management firm Morningstar, is to have an intrinsic understanding of the business, the full scope of the data it is producing and how it could leveraged that. “This may mean working with the business’s product teams to add new elements into product roadmaps or helping sales and marketing functions better analyze client behaviour,” he says. “It can be very broad, so strong negotiating and interpersonal skills are a must.”

“You’re dealing with many different business units and have to work together to find solutions without interfering with normal business operations,” Rhodes adds. “At the same time, you need to have broad technical skills across systems engineering and software development; you need to be able to hold your own when discussing the pros and cons of technologies like AWS, Apache Spark, Hadoop and MapReduce.”

On the topic of leveraging data, Père draws a subtle but important distinction between ‘insight’ and ‘activation.’ “Insights can be about the products, user experience, prospective customers and loyalty. These are important but it’s even better if you can act on them,” he states. The activation part, he says, requires a mix of data platform skills and marketing-tech savvy.

Three additional prerequisites for a successful CDO highlighted by RSA’s Tomlinson are strategic decision-making capabilities, inspirational leadership and “the right level of seniority.” Indeed, being part of the CXO management team gives data chiefs the necessary gravitas within the business — a crucial factor because data isn’t a natural business division or resource.

CIOs certainly see the value of having a CDO wingman. Telefónica’s Jordan thinks the role is here to stay — unlike that of the chief digital officer, which he believes is transitory. And that is being reinforced by the perceived value of data within the business. A good example is at the Economist Group, where Père has managed two highly successful projects — one focused on traditional BI and the other on creating a single customer view, which saw him promoted to global CDO and helped earn him a seat on the group management committee.

As that underscores, many business believe that to remain competitive in coming years they need a data champion.

• Graeme McDermott and Stéphane Père are among the almost 50 CDOs speaking at Chief Data Officer Europe 2017 in London, 20-23 February. 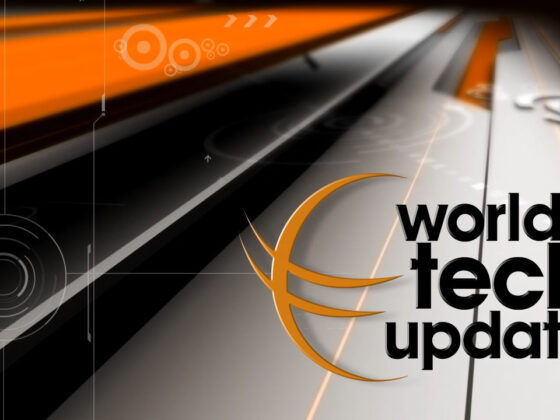