ISLAMABAD: The Ministry of Information Technology and Telecommunications announced on Tuesday that PayPal will not be coming to Pakistan due to a Financial Action Task Force (FATF) objection over terror financing concerns, despite the fact that the international gateway is already serving a large number of Pakistani clients with accounts in the UAE and other countries.
“The remaining clients in Pakistan do not see a business rationale for PayPal,” top ministry officials told the Senate Standing Committee on Information Technology and Telecommunication on Tuesday.
The legislative group that met with Kauda Babar expressed grave concerns about the difficulties experienced by young Pakistani internet freelancers, particularly in regards to the processing of financial transactions and international remittances.

Officials from the ministry informed the committee about Pakistani internet freelancers and the problems they encounter. The ministry’s processes for processing financial transactions/remittances of online freelancers in particular were also discussed in depth at the committee meeting.
The committee was also informed that the Ministry of Commerce is nearing completion on a package of incentives for new businesses, as well as other worldwide gateways other than PayPal, to help facilitate and attract visitors to the nation.
Freelancers have concerns with the State Bank of Pakistan (SBP) and the Federal Board of Revenue, according to member IT (FBR).

At the moment, freelancers are unregistered and undocumented. They do not want to get registered because they are afraid of being harassed by government authorities.

“Freelancers are willing to pay tax but do not want to be hounded by government organisations,” said an official from the IT Ministry.

Freelancing without registration, according to committee member Afnanullah Khan, poses a danger of money laundering.
The committee highlighted concerns that, rather than facilitating, hurdles are being erected for freelancers.
When the committee inquired about the prospect of PayPal coming to Pakistan, representatives from the IT Ministry said that PayPal has declined to offer its services in Pakistan. Pakistan will be excluded from PayPal for the next two years due to FATF objections about its payments.

According to Afnanullah, the government should utilise the FinTech forum to freelancing payments from other countries.
According to an IT member, the government intends to develop a system for freelancers similar to Roshan’s digital account. In this respect, the Prime Minister’s Office has issued orders. Roshan Digital Account, for example, will be able to transact up to $2500.
Babar reminded the members of the committee that freelancers in Pakistan generate billions of rupees without the help of the government. He went on to say that this industry is linked with lower and middle-class kids. With government assistance and encouragement, these young people may be the finest source of valuable resources for the country.

Officials from the ministry stated that they are in frequent contact with freelancers and other stakeholders, and that efforts are being made to address young issues. To streamline the process of financial transactions and remittances, SBP is developing procedures for local payment systems and international financial transactions. They went on to say that the process of registering freelancers had begun, but that because of a lack of confidence, the lancers had thus far stayed away from the procedure.

“Through the standard database, we’re attempting to incorporate these young folks.”

The committee’s chairman stated that these young people are our future and that they should be provided every available assistance. Various training programmes have been initiated in partnership with institutions around the nation to increase the potential of the young so that their ability is further strengthened by preparing graduates according to market requirements, according to the Ministry of Information Technology. If freelancers register, they will be able to take advantage of tax breaks and other incentives.

The IT industry is tax free until March 2020, according to a member of IT. However, due to IMF requirements, tax exemption was eliminated. Next week, the Ministry of Commerce will put together a comprehensive package and brief the Ministry of Finance. The Ministry of Finance is expected to approve a plan for an international gateway.
Senators Sana Jamali, Shahadat Awan, Zeeshan Khanzada, Afnanullah Khan, Palwasha Mohammad Zai Khan, Seemee Ezdi, Naseema Ehsan, Rubina Khalid, Secretary Ministry of Information Technology and Telecommunication, Chairman PTA, and officials from the NITB were present at the committee meeting. 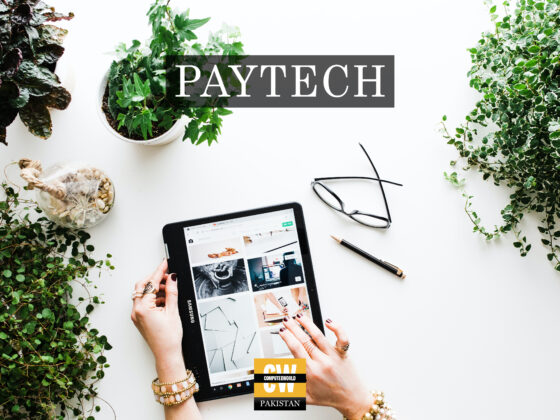 Here’s Why You Should Trade with Binomo