In Pakistan, the number of registered online banking users increased by 36 percent to 13.22 million, increasing the volume of digital financial transactions to over Rs2 trillion compared to the same quarter last year, in the midst of the Covid-19 pandemic during the quarter ended September 30, 2020.

State Bank of Pakistan (SBP), as part of the Payment System Review for the first quarter (Jul-Sept) of current fiscal year 2020-21, said in a release on Thursday, “The increase in transactions through internet and mobile banking channels has been quite promising. These channels have provided an easy and round-the-clock alternative to the customers to fulfill their daily financial and banking needs during the Covid-19 pandemic.”

It further stated, “It is expected that the rising trend will continue in the next quarter as well due to the steps taken by the State Bank of Pakistan to promote digitisation during these difficult times.”

In addition, in the quarter under review, the total number of e-banking transactions increased to 253.7 million valued at around Rs19.12 trillion, compared to 206.5 million transactions valued at Rs15.27 trillion during the quarter ended June 2020.

The figures showed a rise of about 23 percent in volume and 25 percent in value on a quarter-on-quarter basis, according to the study.

ATM transactions had the largest share of 53 per cent in the amount of transactions among the total number of e-banking transactions, the central bank said.

While revealing to The Express Tribune, information and communication technology (ICT) firm SI Global CEO Noman said, “The growth in online payment system is seemingly sustainable. The credit for tremendous growth in internet banking during Covid-19 goes to the central bank.”

However the possibility of cybercrime has increased following a substantial growth in Pakistan’s number of internet banking users. Lately, banks have introduced a number of online products which can be accessed on smartphones. On this note, the CEO further has to say, “To achieve financial inclusion targets, banks should also introduce products for those people who have low-end phones and are financially illiterate.”

Moreover, with a rise of 26 percent over the same period, the number of internet users on bank websites reached 4.3 million.

Mobile banking transactions rose to 36.4 million during the quarter under review and were valued at about Rs908.7 billion, reflecting an increase of 139 percent in volume and 211 percent in value compared to the same time last year.

The central bank announced that during the first quarter of FY21, the number of registered mobile phone banking users reached 8,9 million, an increase of 41 percent over the same quarter of the previous fiscal year.

During the quarter, internet banking transactions rose to 18.9 million, valued at Rs1.1 trillion, with a rise of 55% in volume and 89% in value compared to the same duration last year.

Total transactions in the country, including online and paper transactions increased to Rs147.69 trillion (Rs351.8 million) during the quarter ended September30,2020, compared to Rs136.13 trillion (Rs285.7 million) in the previous quarter. The figures show a rise of 23 percent in volume and 8 percent in value on a quarter-on-quarter basis, according to the central bank. 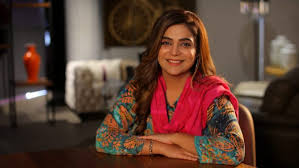