Once upon a time, we all sat on our PCs and played a game called Counterstrike. Almost all millennials grew up playing it; it was the time before the likes of PlayStations and Xbox. But the time has come to say goodbye to the beloved game as E-Sports Entertainment Association League (ESEA) announced that the contract between them and Counterstrike 1.6 that lasted for 14 years, has finally come to an end as the servers for Counter Strike 1.6’s have officially been shut down.

It is certainly the end of an era that provided countless Counter-Strike players with cheat free servers and ranked matches. According to an official statement by ESEA,

“In 2014 we officially shut down all CS:S servers, and today we do the same for Counter-Strike 1.6.”

There was a time in 2003 when ESEA was founded; the only game it supported was Counter-Strike 1.6 and this game is what essentially made ESEA into what it is today. The company eventually moved on to e-sports but this is not the end of the relationship between Counterstrike and the e-sports gaming platform as it is still running strong with the CS franchise, Counter-Strike: Global Offensive. 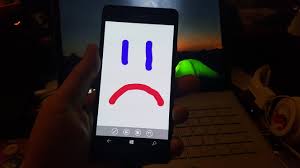