OLX is a buy and sell platform that established itself in Pakistan’s e-commerce market in 2008. However, official operations for the platform began in 2012. OLX Pakistan operates under OLX ALMEA positioned among top five markets of OLX ALMEA which also include India, Indonesia and Egypt.

Currently, OLX has 75 employees in its offices in Karachi, Lahore and Islamabad. Mohammad Ammar Hassan, Head of Marketing OLX speaking to the local newspaper about the company said, “Pakistan one of the best performing markets out of 45 countries where OLX was operating. OLX has not yet opened all avenues of earnings, which makes it even more exciting what we have achieved without these.”

He further said that, after investing millions of dollars in Pakistani tech space OLX in the previous year started monetization, even though the website offers its services free of charge, but last year it started selling featured and banner ads to business users including real estate agents and auto dealers. The ads are a premium service that allows customers to display ads on top of the website to get better visibility and response.

According to Hassan, more than 40,000 ads are placed on OLX every day in Pakistan and get 21 million page views per day. The major categories at OLX include automobiles, property, mobile phones, electronics and jobs.

In May 2018, OLX also announced an investment of $89 million in Carfirst, an international online used-car trading platform with 15 purchase centers in Karachi, Lahore and Islamabad.

The purpose behind the investment was to go offline to make relationships with Pakistani customers stronger. 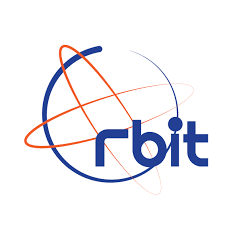